Päivi is a goldsmith who has not studied design in any form. She has not held exhibitions or given lectures. She does not know how to draw, or to sing. She does not come from even a short line of goldsmiths, silversmiths, blacksmiths, or cobblers. Or professors or butchers. She has a common surname and an impatient nature, and her ancestry is Savonian. She hates the spring and birdsongs but loves the autumn and the scent of death and decay. Being called an artist gives her serious heartburn.

After having dropped out of two schools, in 1997 she decided to study as a goldsmith, without any preconceptions. She didn’t even especially care for jewelry. Already as a student, she expressed her interests by creating her first arthropod, a house fly, which has been one of the cornerstones of the Arthropoda collection. She graduated as a goldsmith in 2001 and immediately started working in a small jeweler’s shop, doing what she still excels at doing. Cleaning glass cases.

From that day until 2007, Päivi worked as both a salesperson and a goldsmith. She made patterns, repaired jewelery, made casts, set stones, worked in production, served customers, took blame. And cleaned. And made coffee.

In October 2008, Päivi finally opened her very own goldsmith’s and jewelry store, called Hopealukki, – `silver spider’. Having gained so much experience, she felt that her skills were now honed to the point that she could produce high-quality products for customers under her own name. Products of her own collection.

In 2001–2016, she worked for numerous hours and completed many a job. Fort this entire time, Päivi focused on what mattered, without allowing for distractions: on making jewelry from precious metals, as well as she possibly could.

She still doesn’t know how to draw, but she can clean glass cases without leaving stripes. 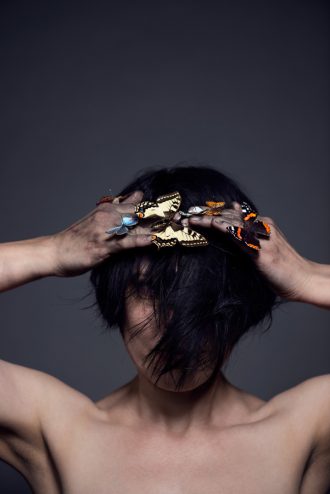